An Insider’s Perspective on Pairing Beer with Food 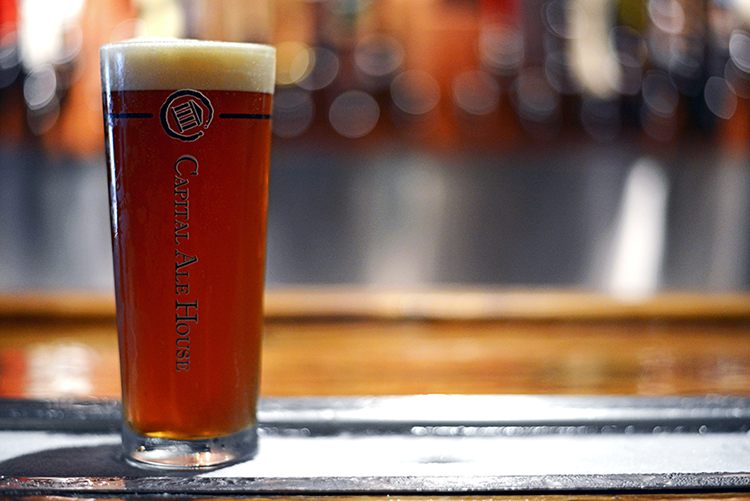 Today marks the kickoff of the second Annual National Beer Expo, hosted by Capital Ale House in partnership with All About Beer Magazine, the nation’s leading craft beer publication. The National Beer Expo is a collection of events happening in Richmond and the surrounding cities from today, July 16, through Saturday, July 18. The main event, the Walk-Around Grand Tasting, will be held on Saturday at the Greater Richmond Convention Center from 2 – 6pm and will feature over 160 craft beers from breweries around the nation, as well as some specialty food vendors.

In light of this significant event, we spoke with Chris Holder, Vice President of Capital Ale House, to get an insider’s perspective on pairing beer with food. Chris, who is one of the original founders of Capital Ale House, has traveled around the world to Germany, Austria, The Czech Republic, and Belgium several times exclusively to taste their unique beer offerings. A self proclaimed food lover, Chris loves cooking, eating, and talking about food,

Whether you’re a craft beer enthusiast or a novice to the beer scene, Chris’s pairing tips will enable you to combine food and beer flawlessly. Here are six major beer types, their characteristics, and the flavors and foods they best complement:

IPA: Short for India Pale Ale, collectively, this is the best selling beer type across all of the Capital Ale House locations. Traditionally, IPAs are known for their hoppy, bitter flavor, but Chris says that they have been updated with citrus, pine, and resinous notes. The color can range anywhere from pale golden to reddish amber. “Many evolving beer drinkers get caught in the hop web and stay there for a long time,” says Chris.
When it comes to pairing IPAs with food, many food writers advise to couple this beer with something sweet. However, Chris believes that “it is a bold beer that deserves a bold food.” His favorite pairing is the El Guapo IPA from the O’Connor Brewing Company, combined with a buttery, salty gorgonzola.

Saison: “If you aren’t sure what to drink, I recommend starting with a Saison,” states Chris. This type of pale ale is highly carbonated, has a light hop, is well-balanced, and has a touch of earthiness in the aroma. Saisons also have a light spiciness and a distinct peppery taste, and with a drinkable body that Chris describes as “not too light but not too heavy.” Due to its well balanced characteristics, many brewers enjoy drinking it. Chris recommends pairing Ardent Craft Ale’s Saison with green vegetables, salads, or shrimp.

Berliner Weisse: This style of ale, after declining in popularity, has made a recent comeback. “It is the one sour beer that you can drink continuously,” says Chris. It is light golden in color, and its flavor is citrusy, crisp, and tart, making it a great thirst quencher. This type of beer can also be served plain or mixed with flavored syrup, such as raspberry or woodruff. “I love to drink Uberlin Berliner Weisse by Strangeways Brewing with salty, soft, pretzels dipped in sweet mustard.”

Imperial Stout: This type of ale is deep brown, and has dark, roasted notes, with the flavor ranging anywhere from coffee to caramel. “Walk the ice cream aisle of the grocery store and read the flavors; if you put ‘imperial stout’ at the end of any of them, it’ll probably work.” When it comes to food pairing, he suggests drinking this with anything you would eat with coffee; chocolate cake, donuts, and crème brûlée, for instance, would all complement imperial stout quite well. Chris also recommends trying them with grilled meats, and Dark Hollow by Blue Mountain Brewery is his imperial stout of choice.

Kolsch: Pale and straw colored, this soft, refreshing ale with a crisp finish is a style Chris believes is essential to always have on hand. Recently, it has become a popular mainstay at many brewery lineups because it is light and easy to drink. One of Chris’s favorites is Center of the Universe Brewing Company’s Slingshot Kolsch. “Serve it with a cheese plate that has a range of hardness and taste, or with lighter fare like salmon or chicken.”

Pilsner: This lager is complex despite its popularity, and an ideal brew with have a distinct malt characteristic, “not a toasted or roast-y flavor.” Hop bitterness should be present, as well as a light aroma of bread along with herbal and spicy notes. “When I taste a Pilsner, I like to have the hops let me know they are there, but not have them steal the spotlight,” Chris remarks. His pairing of choice is Hardywood Brewery’s Pilsner with Virginia peanuts and crabs. Although Chris believes that Pilsners can be poured alongside just about any dish, he recommends malty, nutty foods over anything fruity or sweet.

If you’re new to the craft beer scene and still learning about the wide varieties available, you should not feel intimidated. With so many different types available for sampling, the Walk-Around Grand Tasting is actually an ideal event in which to increase your beer knowledge. “Beer is easy and fun; keep an open mind and ask questions,” advises Chris.

For a schedule of all the National Beer Expo events taking place, visit this link here 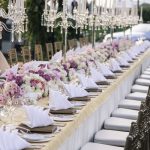 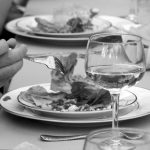 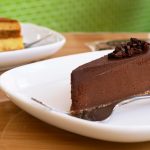